To share your memory on the wall of Robert King, sign in using one of the following options:

Bob graduated from Orono High School in 1968. He played football and was a member of the track team, where he held a couple of records that lasted over 30 years. Bob also graduated from Husson University with a Masters Degree in Accounting. Bob enjoyed playing his guitar in several bands throughout the years, and he loved building amplifiers. Bob will be missed as part of the New Beginnings Church Worship team. After high school Bob joined the Army National Guard and started working for Bangor Hydro, where he would remain until retiring after 40 plus years. While there, Bob received the Presidents Award for Honesty and Integrity – a trait he carried through his life and passed on to his children and grandchildren. Bob would marry the love of his life, Anne (Russell) King. Together, for over 50 years, they would build a family that was most cherished of things to Bob. He was an avid New York Giants fan, enjoying the opportunity to attend a couple of games with his two sons, his grandson and two sons-in-law.

In addition to his wife Anne, Bob is survived by his children; Stacy and husband Jeff, and their daughters, Kaylie and husband Alex, and Emily; Julie and husband James, and their sons, Jimmy and Noah; Matthew and wife Beth, and their children, Mason K., Aiden, and Mason C.; and the youngest son, Andrew (APK as Bob called him); brothers, David, Tommy, and Richard and wife Dayna and their families. In addition to Bob’s parents he was predeceased by a brother Charles.

Bob will be greatly missed by all who knew and loved him. He was dubbed “DB” King. His extended family of nieces, nephews and in-laws will also feel his loss tremendously. Bob was also especially fond of his Pastor, Paul Warf. Bob loved his family more than anything. His favorite pastime was doing day-trips with his wife.

Friends may gather with the family from 5-7 PM, Thursday, April 22, 2021 at Brookings-Smith, 133 Center Street, Bangor. Please be mindful of others by practicing social distancing, wearing a face covering, that staff will be conducting contract tracing, and be aware that the number of people allowed in the building at one time is limited. Condolences to the family may be expressed at BrookingsSmith.com
Read Less

Love, Kit & Hannah McCall, Rick & Diane Kelley, and other have sent flowers to the family of Robert Dwight "Bob" King.
Show you care by sending flowers

Posted May 01, 2021 at 09:17am
Dear Annie; So sorry to hear of Bob’s passing, as you two were an awesome duo! Please know that you are loved & if there is anything I can do for you, let me know... Cheryl
Comment Share
Share via:
TA

Posted Apr 21, 2021 at 12:48pm
We want to extend our most sincere condolences to your whole family at this most difficult time. Please know that you are in our thoughts & Prayers.

Posted Apr 20, 2021 at 09:15am
R.I.P. Bobby I will always remember your friendship and how we were allowed to square dance with the grown ups in Veazie. God Bless You
Comment Share
Share via:
N 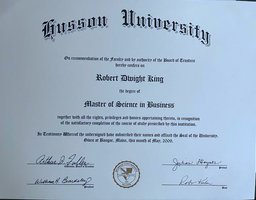 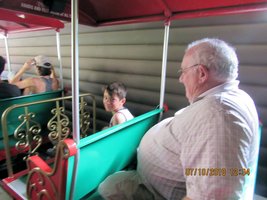