To share your memory on the wall of Harold Hersey, sign in using one of the following options:

Harold, also known affectionately by ... Read More
STETSON - Harold Olcut Hersey, 87, passed into eternal peace May 27, 2021, at the Maine Veterans’ Home in Bangor. He was born May 21, 1934, in Waterville, the son of Roy and Helen (Leavitt) Hersey.

Harold, also known affectionately by many as Olcut, was an excellent carpenter which was his lifelong profession. He was self-employed with Capitol Builders in Augusta and worked with the Sockbeson Brothers in Bangor as well as the Passamaquoddy Reservation in Perry. He was a resident of Stetson for many years in the home he built and loved.

Harold Olcut graduated from Corinna Union Academy in 1953 and studied drafting at the National Drafting Academy in Washington D.C. in 1960. He proudly served our great country as a lifeguard in the Army during the Korean War and was stationed in Italy in 1954. He owned many motorcycles over the years and was an avid rider. He loved dogs and feeding the wild birds.

Harold Olcut loved and adored his family with all his heart, especially his grandchildren.

He is survived by his two daughters, Holly Hersey of Tampa, FL, and Heidi Hamilton of Garland; sister, Linda Bean and her husband, Stanley, of Corinth; granddaughters, Heather Stone and her husband, Levi, of LaFayette, KY, and Shannon Jagger and her husband, John, of Holden; grandsons, Anthony Frappier and his fiancé, Victoria, of Newport, and Daniel Frappier of Stetson, who together with his mother, Heidi, saw lovingly and selflessly to his care over the years. He also was blessed with eight precious great- grandchildren.

In addition to his parents, he was predeceased by his sisters, Marjorie Hersey Colbath and Mildred Hersey Marshall.

Harold Olcut will be interred in the Hersey family plot at Exeter Center Cemetery at a later date. Gifts in his name for the veterans may be sent to the Travis Mills Foundation, 747 Western Ave., Manchester, ME 04351 or travismillsfoundation.org. Condolences to the family may be expressed at BrookingsSmith.com
Read Less

We encourage you to share your most beloved memories of Harold here, so that the family and other loved ones can always see it. You can upload cherished photographs, or share your favorite stories, and can even comment on those shared by others.

Posted Jun 02, 2021 at 05:38pm
Our sincere sympathy to Olcutt’’s family. I have lost one of the last of my childhood buddies. We have stayed in touch for over eighty years and I am going to miss his calls. His mother and my mother were the best of friends and he and I carried it on. Rest in Peace my friend.
Comment Share
Share via:
WM

Posted Jun 02, 2021 at 05:35pm
I met my good friend Harold at the Maine Veterans Home in Bangor, while we were there for rehab. We just seemed to hit it off. While there we visited and took our meals together and with some help from my daughter, who worked there, was able to become roommates. I very much enjoyed talking with and listening to Harold. He led a very full life and it was very interesting to hear him tell about a wide variety of things. Harold was set in his ways but he did listen to some of my suggestions, often with a chuckle. Our friendship continued after we left the Vets home. I will miss our visits but I could tell that my friend was nearing the end of his journey and did not wish him to be in pain, no matter how hard the loss would be. We had a very good friendship while we were able to. We also spoke on the phone to deal with the recent pandemic outbreak and the CDC guidelines. I will never forget my friend Harold. We made each other laugh and in today's world that is a big deal! Rest in Peace my Good Friend! Heidi, My best wishes to you and your family on the loss of your Dad. He was one of a kind and in my book, a great friend. Bill Mulherin
Comment Share
Share via: 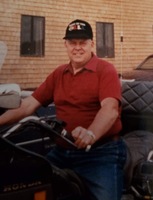