To share your memory on the wall of Melvin Brown, sign in using one of the following options:

ORRINGTON - Melvin R. Brown, 78, passed away June 9, 2021 at home surrounded by his loving family. Melvin was born in Belfast on September 27, 1942 the son of the late Ormond and Marion Brown.

ORRINGTON - Melvin R. Brown, 78, passed away June 9, 2021 at home surrounded by his loving family. Melvin was born in Belfast on September 27, 1942 the son of the late Ormond and Marion Brown.

Melvin grew up in Lincolnville and graduated from Camden High School in 1960. After graduating he served for six years in the U.S. Air Force earning the rank of Staff Sergeant. In 1962, he married the love of his life, Margaret McKee. Melvin worked at Pratt and Whitney, Bath Iron Works, and the chemical plant in Orrington. After his retirement from the chemical plant, he joined his son Peter at Extreme Dimension Wildlife calls. Melvin was an active member of his community. He was a member of Fraternal Order of Eagles, Bangor Lodge of Elks, Eddington Salmon Club, Maine Bowhunters Assoc, Sportsman Alliance of Maine, Atlantic Salmon Federation, and Seaplane Pilots Association. Melvin was the consummate family man; he was happiest when surrounded by his wife, children, grandchildren, and great-grandchildren. You could always find him at his grandchildren’s school or sporting events cheering them on. He loved having impromptu BBQs and family gatherings with his children and grandchildren. When not with his family, you could find him hunting or fishing, flying in his Cessna floatplane, or in his garage tinkering with his 51’ Chevy. He was always up for a trip to the family hunting camp at Chesuncook Lake and took annual fishing trips to Canada to salmon fish with his best friend, Phil Emery.

For the last 16 years, Melvin and Margaret escaped the Maine winters for their home in The Villages, FL where they were difficult to get a hold of as they were always out with family and friends.

He was predeceased by a grandchild, Joseph Murphy; brother, George Brown and a special uncle, Herbert Brown.

Melvin is lovingly remembered by his extended family and many friends. The family would like to extend their gratitude to Chelsea, Deb, Jennifer, Darcy, Erin, Susan, Lisa, and the rest of the staff from Kindred Hospice.

Relative and friends are welcome to visit 6:00 p.m.-8:00p.m. Tuesday June 15, 2021 at Brookings-Smith, 133 Center Street, Bangor. A funeral service will be held 1:00 p.m. Wednesday, June 16, 2021 Brookings-Smith, Bangor. Condolences to the family may be expressed at BrookingsSmith.com
Read Less

We encourage you to share your most beloved memories of Melvin here, so that the family and other loved ones can always see it. You can upload cherished photographs, or share your favorite stories, and can even comment on those shared by others.

virginia, Marilyn McKee, and other have sent flowers to the family of Melvin Roy Brown.
Show you care by sending flowers

Posted Jun 15, 2021 at 10:47am
We all loved Melvin and he will be so missed but so many happy memories! I love you all and will keep Mel and all the family on our thoughts and pray

Posted Jun 15, 2021 at 08:57am
With deepest sympathy, Love Ginny & Beau Janice and Brooks we loved Melvin and we tto will have great memories of him

Posted Jun 15, 2021 at 07:48am
With deepest sympathy, we join you in celebrating Melvin's wonderful, long life. Love to all. Marilyn, Brett, Alina, Sarah, John, Seth and Esther.

Posted Jun 12, 2021 at 06:41am
Dear Margaret and family,
Margaret, I met you and Melvin at different Emery events, as a very good friend of Peggy’s. I was always impressed at how the two of you interacted with one another and he seemed to be a very kind, loving, smart, devoted husband. I know he and Phil were very close and had many adventures together. Peggy thought a great deal of you and was very fond of both of you. My deepest condolences to you and and your family, I hope the memories will sustain you through this difficult time in your life.
Comment Share
Share via:
NO

Posted Jun 12, 2021 at 05:43am
My condolences to the family. Fond memories of Mel and his Luscombe at the Brewer Airport.
Fly high and keep watch over us. 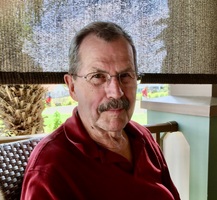 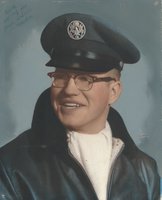 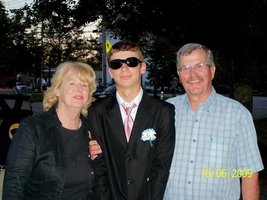 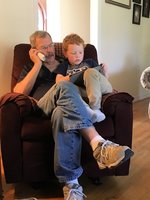