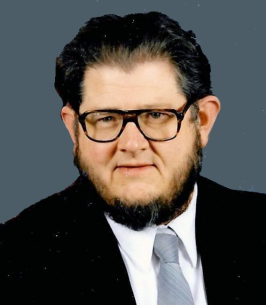 Bill was a graduate of Fenn College (now Cleveland State) where he received a Bachelor’s degree in Science. While a student there, he met the love of his life, Barbara Matyus, and they were married in 1960, after they eloped in Niagara Falls. Later, Bill went on to receive a PHD in Mathematics from Case Western Reserve, in 1964. He and his wife moved to Maine where he became a member of the Mathematics Department of the University of Maine, and together they started a family. In 1977, Bill and Barb started a small health food store that would evolve into the Natural Living Center, in Bangor. Once he retired from teaching, Bill took a full-time role in the store and helped Barb with day-to-day operations and growing the business. Bill had a great sense of humor and enjoyed sharing a laugh. From politics to pop culture, music and movies Bill kept up with it all and enjoyed talking about these things with his friends and coworkers. In his down time, Bill enjoyed boating, fishing, and was an avid reader who collected many books. He was a talented amateur carpenter, plumber, and electrician; making a wide variety of goods in his workshop and doing much of the work on his own home.

Bill was a beloved member of the community who will be fondly remembered by his friends, fellow professors, students that he taught while at the university, employees who worked for him and customers who got to know him while shopping at his store.

The family invites relatives and friends to share conversation and refreshments at 5-7 p.m., Monday, August 15, 2022, at the Family Reception Center of Brookings-Smith, 163 Center St., Bangor. Those who wish to remember Bill in a special way may make gifts in his memory to the Bangor Area Homeless Shelter, 263 Main St, Bangor, ME 04401.